"Conversion to Islam in modern Western Europe and the United States"

This is a thoroughly revised version of my book chapter of the same title that was published in 2014. This new version is, I believe, the first scholarly work to examine and compare quantitative and historical data on modern conversion to Islam from virtually every Western European country and the United States. In doing so it offers a fresh, broad perspective on the phenomenon of conversion to Islam in the modern West. 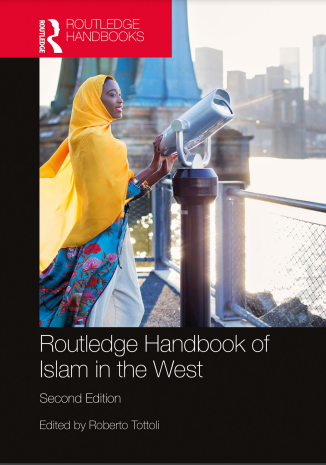 in Routledge Handbook of Islam in the West 2nd Edition, ed. Roberto Tottoli 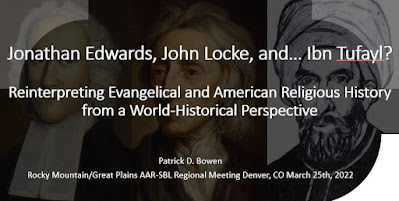 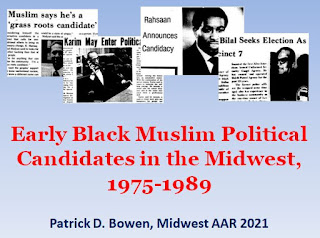 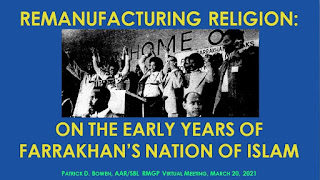 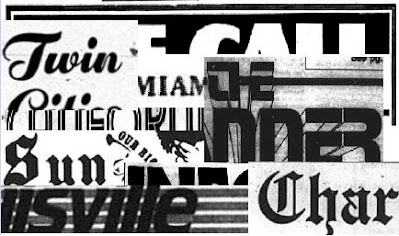 "Exploring Local Histories of African American Islam Through the Black Press"
ABSTRACT: This paper offers a new historiographic approach to African American Muslim history from both a local and a multilocal perspective. Based on an analysis of over four dozen African American newspapers from 1975 through 1989—the years corresponding to the transition of the original Nation of Islam and the rise of Louis Farrakhan’s group—it is proposed that we can gain great insight into the local and regional development of certain African American Muslim communities by looking at their coverage in the local black press. It will be shown that, in general, the amount and type of coverage of Muslim communities roughly corresponds to those communities’ growth. The paper will present several examples of this phenomenon functioning at both local and regional levels. It will be observed, for example, that local growth is highly correlated with press coverage of the local branch of a particular community, but not necessarily with coverage of national news for that community. In some cases, regional patterns can also be observed, such as the case of black newspapers along Interstate 35 showing similar patterns of coverage, which generally corresponds to local community growth in that region.

For those attending (virtually) the upcoming American Academy of Religion Annual Meeting, I will be presenting in a session on Thursday, December 3 from 4 pm - 5:30 pm EST

New Book Chapter: "'The Real Pure Yog': Yoga in the early Theosophical Society and the Hermetic Brotherhood of Luxor"

"'The Real Pure Yog':
Yoga in the early Theosophical Society and the Hermetic Brotherhood of Luxor" (GoogleBooks)

from the new book

I wrote this about 5 years ago while I was still working on the Thomas Moore Johnson letters. This book chapter expands on my discussion in Letters to the Sage Vol. 1 concerning the first known organized practice of yoga in the United States. In the 1870s and 1880s, as Western esotericists were forming stable organizations for the first time, they began to study yoga. At first, it was the Theosophical Society that showed the most interest, but as the group moved away from "practical occultism" in the mid-1880s, it also began dismissing non-philosophical forms of yogic practices.

Just as this was happening, however, the TS's new competitor--the Hermetic Brotherhood of Luxor--was doing just the opposite: it was stressing the importance of practical occultism. Its leaders, who were all highly familiar with what was transpiring in the TS, soon reached out to its Indian contacts and were obtaining and assigning yogic practices to its neophytes. Interestingly, within a few years the HBL was claiming not to use "oriental" occultism--yet, as I demonstrate in my chapter, much of the yoga knowledge they had obtained from India was retained, but with the specific references to yoga removed.
Posted by Patrick D. Bowen at 6:26 AM 0 comments 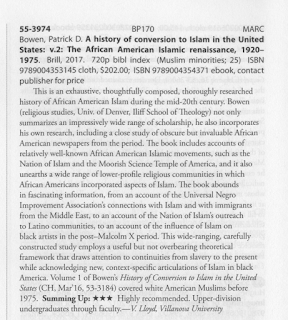 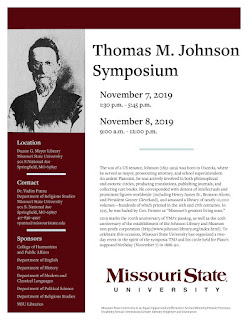 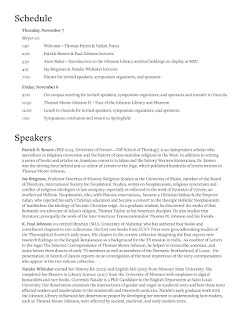 Patrick D. Bowen
Patrick D. Bowen is a Religious Studies scholar who specializes in religious conversion and the history of non-mainline religions in the West. Most of his recent work examines conversion to Islam in the U.S., which is the topic of his 3-volume series, "A History of Conversion to Islam in the United States". Patrick studied Religious Studies at the University of Colorado (B.A. 2003), at the University of Denver (M.A. 2009), and in the University of Denver-Iliff School of Theology Joint Program (Ph.D. 2013), where he specialized in Islam and Theory of Religion. He can be reached at pbowen303@gmail.com. For a complete list of his publications and a copy of his C.V., see his profile at https://independent.academia.edu/PatrickDBowen